Get To Know Our New Captain - Andre ‘The Giant’ Fraser

Our new captain hails from Georgetown Guyana and has lived in Florida for 7 years. Of those 7 years, Palm Beach Titans has had the pleasure of playing alongside Andre for 6. As with many things these days, he found out about our team through a web search for cricket teams in the area. After meeting with Walt and the team, he realized that he could learn more about cricket while also sharing his wealth of knowledge of the game. He is a top-order batsman and all-rounder who got his start at the age of 10. In his homeland, he played for Brickdam Secondary school and was eventually made the captain for that team. He eventually played for the Everest Cricket Club and various teams throughout the years. For another 6 years, he started his own team with his church that focused on tape ball cricket.

He is a father to 18-year-old Jevon, 17-year-old Javer, 15-year-old Jonathan and 7-year-old Kateann and has been married for 13 years. His three sons currently live in Guyana but he anticipates a visit from them next year and he can’t wait to invite them all for a game with the team. When he’s not at work as a general maintenance supervisor he enjoys playing pools, dominoes and travelling. Quite the explorer, some places checked off of his travel bucket list are New York, Las Vegas, Canada, Mexico, Barbados, Trinidad and Suriname. Despite his assertive and bold nature on the field, many would be surprised to know that he’s usually a quiet guy.

In his recent election to captain of the team, he expressed his eagerness to lead us to victory at the next championship. “It’s been some time since we last won a championship and the team really deserves it.” When asked about his plan for the team he shared that one of his goals is to work on strengthening the team’s weaknesses in the fielding department. Team members will be pushed to ensure practice sessions are not missed. Over the past 6 years of playing with the Palm Beach Titans, Andre has come to think of his team members like family. His straightforward and encouraging approach is sure to amp the team up to strive for more! 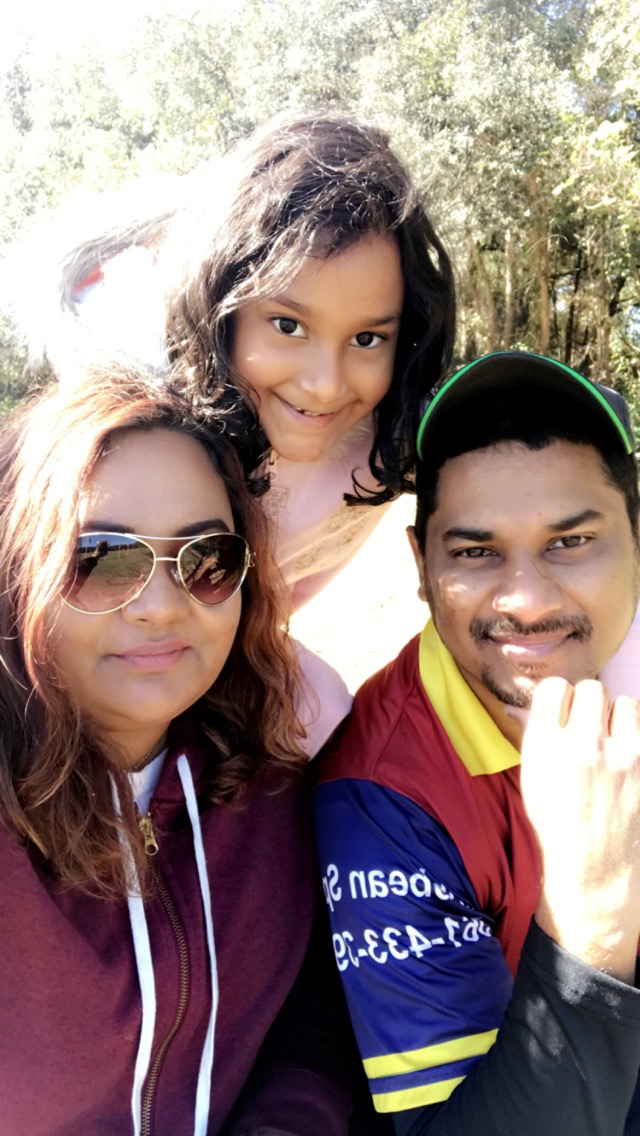 Andre, his wife and daughter

Andre, his wife and daughter