In an earlier issue of our newsletter, we announced that we have new board of committee members. If you’d like to learn more about who they are, you can click here. These are individuals with over 200+ years of combined cricket experience and they wanted to do something that hadn’t been done within our club over the past few years. One of their goals was to come up with a very attractive and exciting off-season program since the off-season hasn’t been utilized as much within the past few years. After taking office, they immediately commenced a series of tours. The plan was to establish three home and away bi-annual series within Florida and have an international tour feature (one year in one year out).

Here are some highlights from our off-season thus far!

In late December 2019, we kicked off the first series on our agenda - the Harewood series. This series honors our long time cricket manager, Wesley Harewood. For the inaugural game, our team travelled to play against the Palm Bay Cricket Club. Given that we were in between seasons, we nominated Jitendra to captain our team for the day. Jitendra is a new and exciting prospect from India. He has a lot of cricketing experience which included captaincy of clubs in India. It was his first time leading our club and he did a terrific job.  Unfortunately, we did not make enough runs nor defend the meagre total well enough to earn us the victory. As a result, the series trophy was retained in Palm Bay, much to the chagrin of its namesake Wesley Harewood who was on site to offer some words of wisdom during the presentation. The only thing that caught everyone a bit off guard was the cold weather that had rolled in just the night before. But that said, it was a warm tour in that both teams and spectators alike had a grand time socialising with each other while enjoying food, drinks and music.

On January 4th, we kicked off the Robinson Series in honor of Ray Robinson longtime PBTCC player, administrator and current Vice President. This series kicked off on an overcast day against the Clermont Cricket Club in Central Florida. Palm Beach Titans won the toss, elected to bat and the game was off to a quick fire start with lustful boundaries offset but a beautiful piece of bowling that saw a middle stump go cartwheeling. However, things quickly changed when a downpour started and refused to let up making the game unplayable. This was quite sad since the game was shaping up to be an exciting contest. Fun fact! Clermont Cricket Club is the reigning Central Florida cricket champion. Despite not being able to carry on, Clermont CC and specifically one of their key members Krishna, was kind enough to host us at his home where the libations, music, games and food went into full gear. 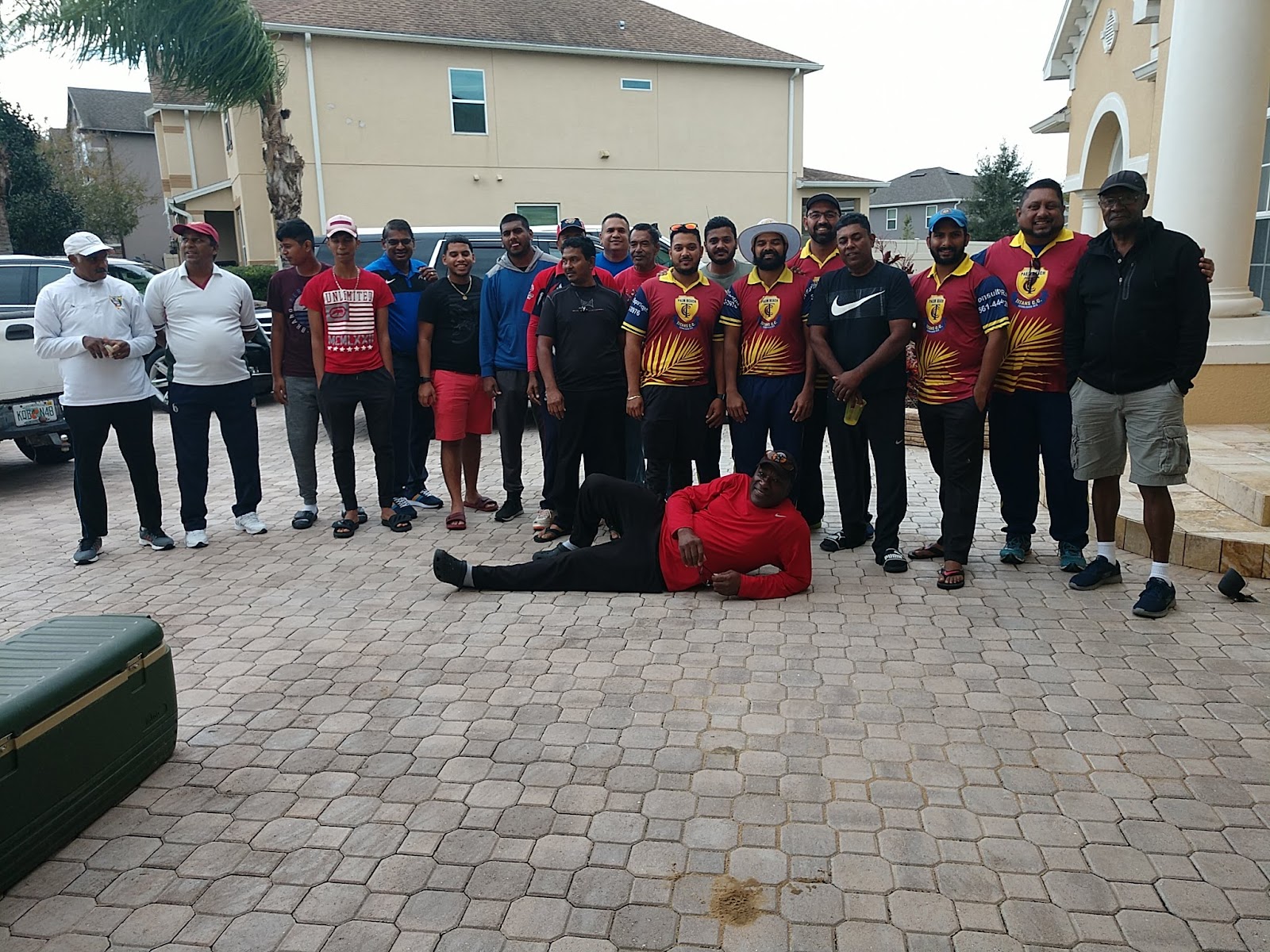 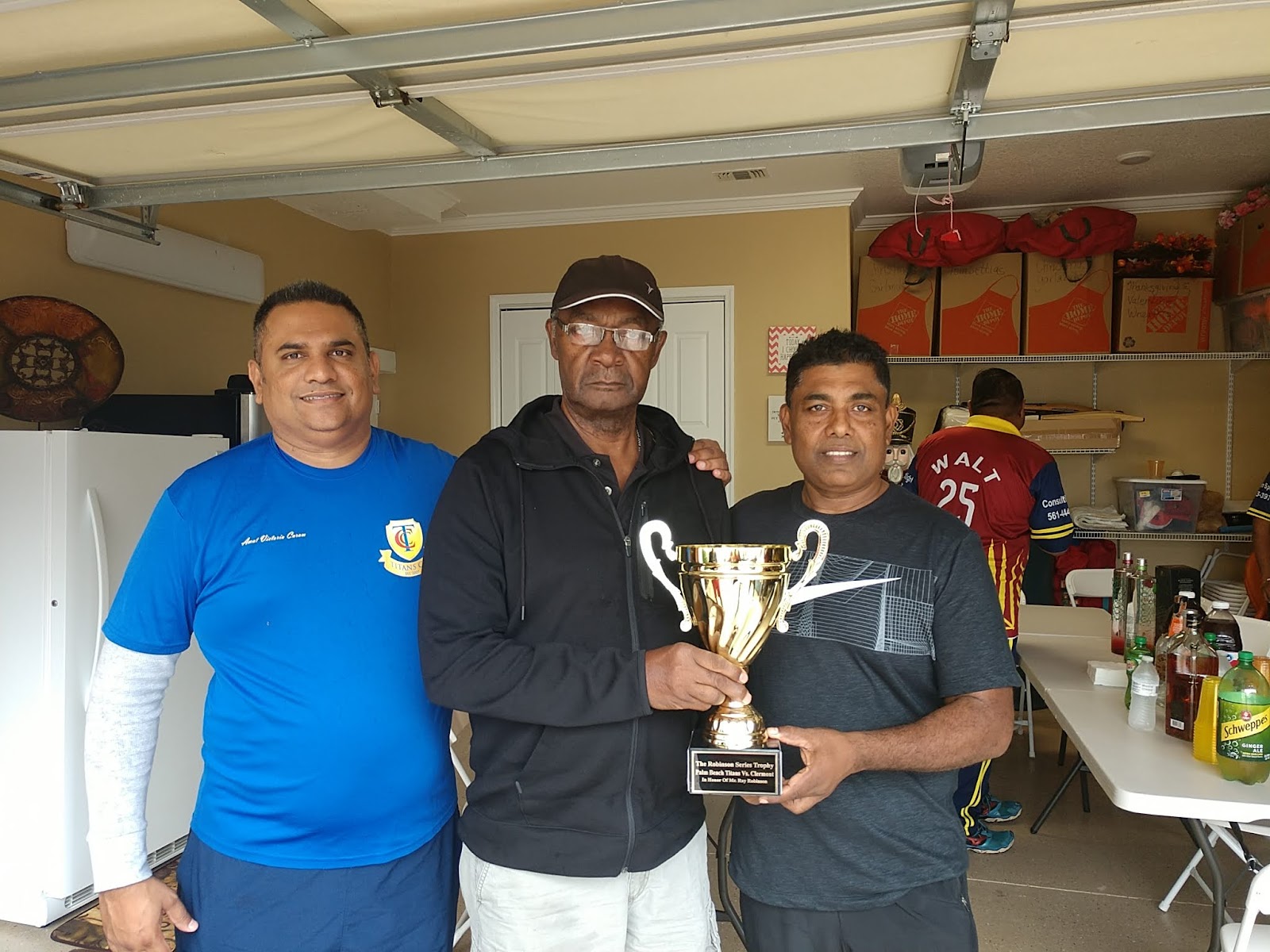 On January 5th, the Palm Beach Titans travelled further north to blustery Ocala, FL to commence the Campbell series. This was to honor Anthony Campbell, a long time coach of the Palm Beach Titans. He dutifully coached our team for many years and though he has since retired, we wanted to show our appreciation for his wholehearted commitment to our team. Coach Campbell is originally from Jamaica but moved to the United Kingdom where he continued his illustrious cricket career. At one point, he even received an offer to play county cricket. However, due to his commitment to the British Air Force, he was unable to accept the call up. 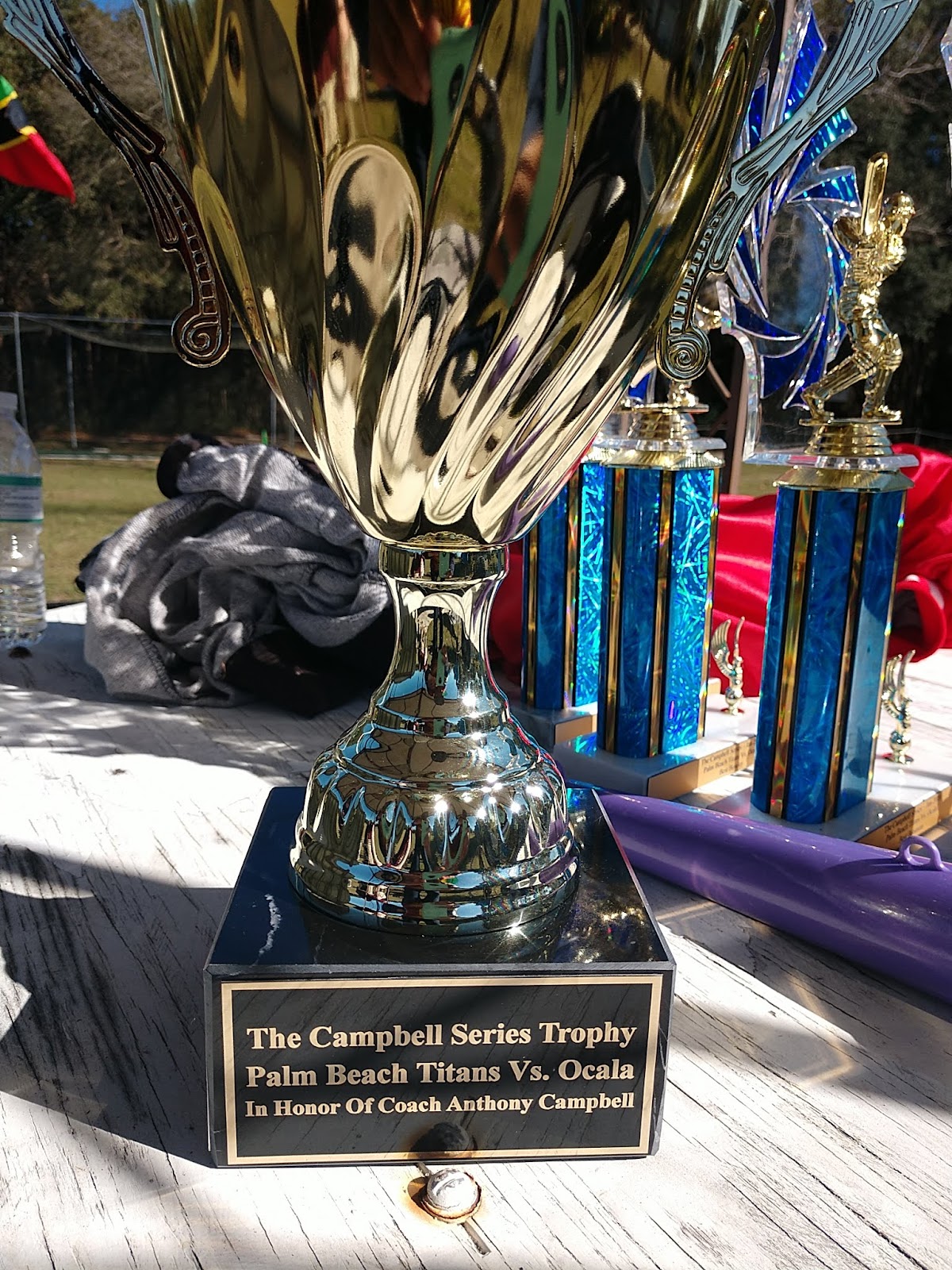 Our match against the Ocala Cricket Club got off to a very exciting start. Our team scored 231 runs with our best batsman, Sachith "Chuck" Kongahakotuwage, making 81 runs on the day. It all came down to the last over where Ocala needed six runs to win, they were 8 wickets down, but managed to win the game on the last ball.

Skipper Paul Ramkissoon shared the following in a nod to Ocala’s founding member George Mohamed who recently passed away: “While every captain and player typically hates to lose a match, we couldn’t help but feel like there was some type of divine intervention and the Ocala Cricket Club were meant to win the match. It was almost like they had a 12th man on the field that helped them turn an almost sure win for us into a victory for them.”

We absolutely have to mention that Ocala has one of the best facilities in Florida and even though it was a long journey for us to get there, it was well worth it! Everything was truly fantastic on every level.

To conclude our off-season, we hosted Toronto Strikers on January 19th, 2020.  PBTCC batted first and made 203 in 30 overs. Youth player EJ Tucker and veteran Leju led the way with composed 50s.  The chase on a small ground was always on, and although Strikers looked weary from three games in three days at the start, they recovered well to win in the last over of the game.  While this capped a winless offseason there were several positives yet again. Vice Captain Atif Rafi became the first Pakistani to lead PBTCC in our 45 year history and he led the team from the front with excellent bowling returns.  Paul was able to make it to the end of the game with drinks, food and more and the party went until the lights went off...literally! Horace from Toronto was effusive in praise for the hospitality and we look forward to our tour to Toronto in 2022!  This tour will be a 3 in-1 out every 3 year cycle. 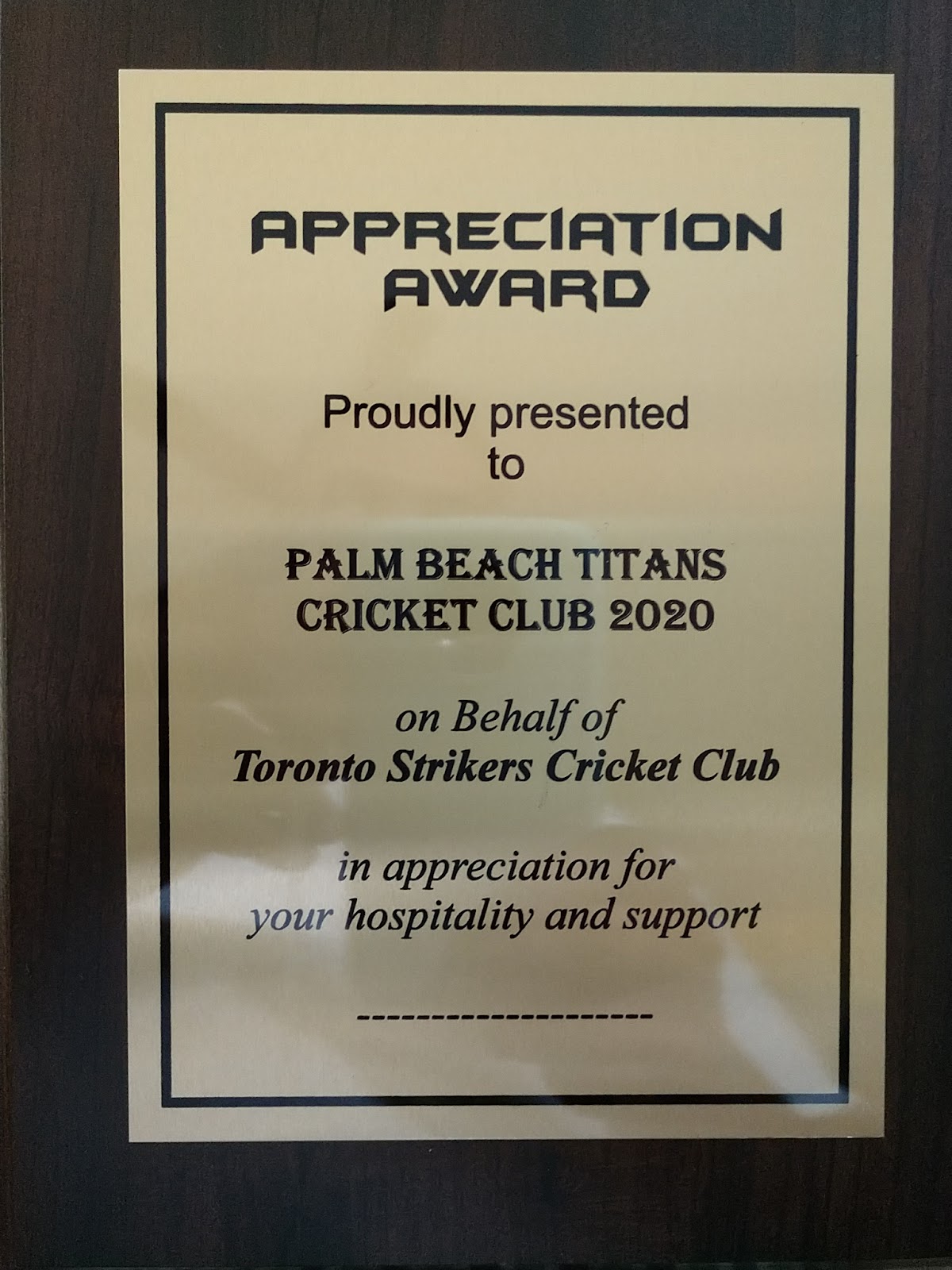 All said, mission accomplished...two new leaders blooded, off season festivities, new series initiated, elder club members honored...and on and on.  It will be an off-season to remember for all of those reasons. That said, the results must be fast forgotten and the losses put behind the team as the SFCA 35 Over Regular Season is looming.  With an old skipper and new young leaders emerging, optimism is ringing through the 30 man roster at what this season holds in store for our players and fans. Go Palm Beach Titans!